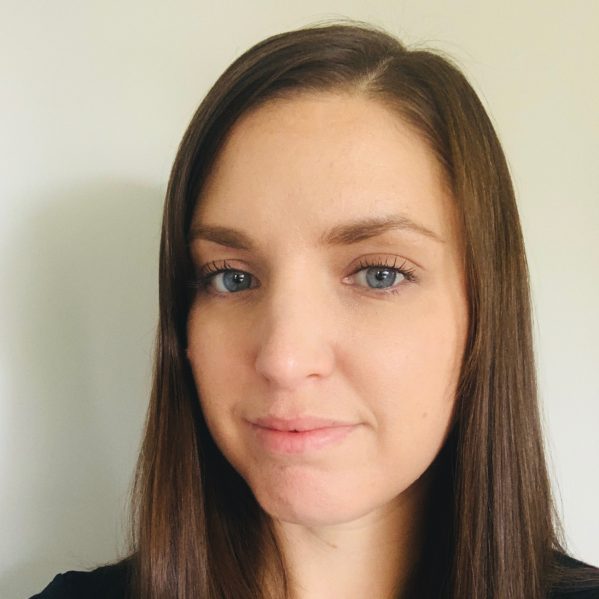 Jessica Wallace is becoming one of the most decorated journalists to ever graduate from TRU’s journalism program. Wallace (BJour ‘12) has received her third award nomination for her lengthy investigation into questionable spending at the Thompson Nicola Regional District (TNRD).

The newspaper Wallace writes for, Kamloops This Week, is a finalist for the 2021 Michener Award for meritorious public service journalism, the highest honour in Canadian journalism. For her TNRD investigation, Wallace has already received the Jack Webster Award for Community Reporting and is a finalist in the BC/Yukon Community NewsMedia Association’s Ma Murray Award for investigative journalism being given out on May 14.

The Michener Awards Foundation says the reporting that uncovered questionable spending of taxpayer resources at the TNRD “is an outstanding example of the bedrock of journalism.” Finalists for the 2021 Michener Award also include CBC News, CBC Saskatchewan, CBC Saskatoon, Global News and the Globe and Mail.

Wallace graduated from TRU with a Bachelor of Journalism in 2012 and has been with Kamloops This Week—her hometown newspaper—for eight years.

We asked her a few questions about her career since graduating from TRU.

Kamloops has always been home for you. What is it like to do this kind of investigative journalism in your hometown?

Doing investigative journalism in your hometown is exciting and challenging. I take pride in being able to shine a light on important stories in my community. I don’t enjoy putting my community in a negative light, but I know it is ultimately for the betterment of Kamloops. For example, this story led to tightening of expense policies at the Thompson Nicola Regional District, which should ultimately save taxpayers money. I try to navigate that balance by being tough but fair.

What has been the greatest challenge of your investigative work?

This has been the most challenging story of my career. When questions first arose about the former CAO’s departure, the regional district provided a narrative. Proving that narrative was false and then reporting what actually happened (by interviewing sources and obtaining documents through FOI requests) took time, drew flak and came at legal risk to Kamloops This Week. Perseverance and support from the newspaper were key.

How has investigative journalism compared with other kinds of reporting and were there new things you had to learn in the course of this work?

I learned a lot about the legal side of journalism after sitting through multiple meetings to review the TNRD stories with Kamloops This Week’s editor, publisher, owner and lawyer. Typical day-to-day reporting does not require legal review and, in general, investigative journalism is very different. People are more willing to talk to you for regular reporting. A typical news story may not have legs. Investigative journalism, meanwhile, feels like pulling the thread of a sweater — the more you pull, the more it all unravels.

What do people commonly misunderstand about journalism and journalists?

One common trope is that the media is biased. If we cover something with which the right disagrees, we are a left-wing rag. If we cover something the left doesn’t like, we are the opposite. Good journalism tries to find balance and challenges the status quo. One thing that might surprise people is that journalists are not overseen by a professional body, similar to accountants, engineers and lawyers. It is for that reason why people should choose news sources that hire journalists with professional training, such as that offered by Thompson Rivers University.

What is your favourite thing about being a journalist?

I got into journalism to learn about the world and that remains my favourite aspect of the job. I get paid to talk to smart, passionate people about a wide variety of topics all day long. I can’t think of a better way to spend one’s time.

What is the most memorable advice you were given as a journalism student?

Former journalism professor Alan Bass’s beat reporting class pushed me outside of my comfort zone and taught me that journalism is an act, something that you do. Sometimes I fear journalism leans too heavily on Twitter and press releases. It is important for journalists to make calls, file information requests, build a contact list, read reports, attend meetings, get out in the field and always be asking questions.

What advice do you have for journalism students?

On a practical level, get as many clippings as you can when you’re a student. As a journalist-in-training, you can gain mentorship, intern and wear as a badge that you are learning. Once you graduate, you are expected to be on the same level as your peers. Make sure you are ready for that challenge. My first industry job was at The Omega newspaper at TRU and that experience was invaluable. It is also helpful if you are willing to move to a small town for your first job. You won’t be there forever, but you will gain experience that will help in larger markets. Finally, I want to stress the importance of sources. You are only as good as the people who are willing to trust you with their stories.