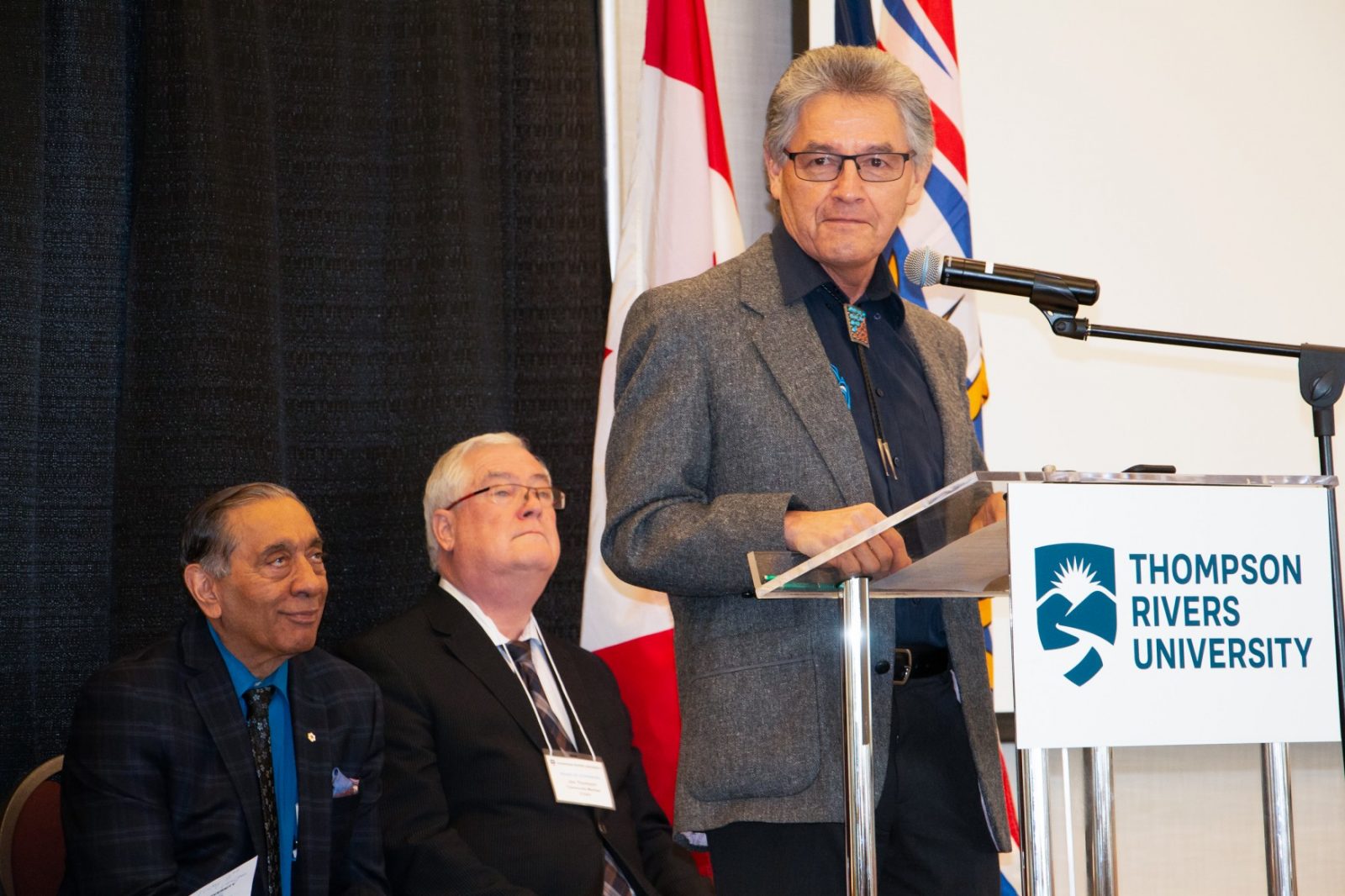 Nathan Matthew addresses the audience during his instalment as TRU's third Chancellor.

One of the country’s most-respected advocates for Indigenous education has been renewed for a second term as Chancellor of Thompson Rivers University.

Nathan Matthew’s affiliation with TRU runs deeper, wider and much longer than when he was first appointed in 2018.

“I am honoured to be associated with the committed, professional network of individuals who work together in their various roles to maintain and build Thompson Rivers University as a high-performing post-secondary institution,” said Matthew, a member of the Simpcw First Nation and who also served as the band’s elected chief in parts of four decades—1976/77, 1985-87 and from 1989 to 2006.

As TRU’s first executive director of Aboriginal Education from 2006 to 2014, he oversaw numerous successful efforts to Indigenize campus, the curriculum and ways of doing things. He was awarded a TRU Honorary Doctor of Letters in 2006.

Outside of TRU, Matthew has been a member of the Assembly of First Nations Chiefs Committee on Education and an education consultant throughout BC. As a senior negotiator for Indigenous education in BC, he has played a key role in advancing education jurisdiction legislation and the Tripartite Education Framework Agreement between Indigenous, provincial and federal governments which recognized significant Indigenous control over education programs and provided more appropriate funding for Indigenous schools.

In the volunteer role, TRU chancellors are members of the university’s board of governors, its senate and they preside over convocation ceremonies.