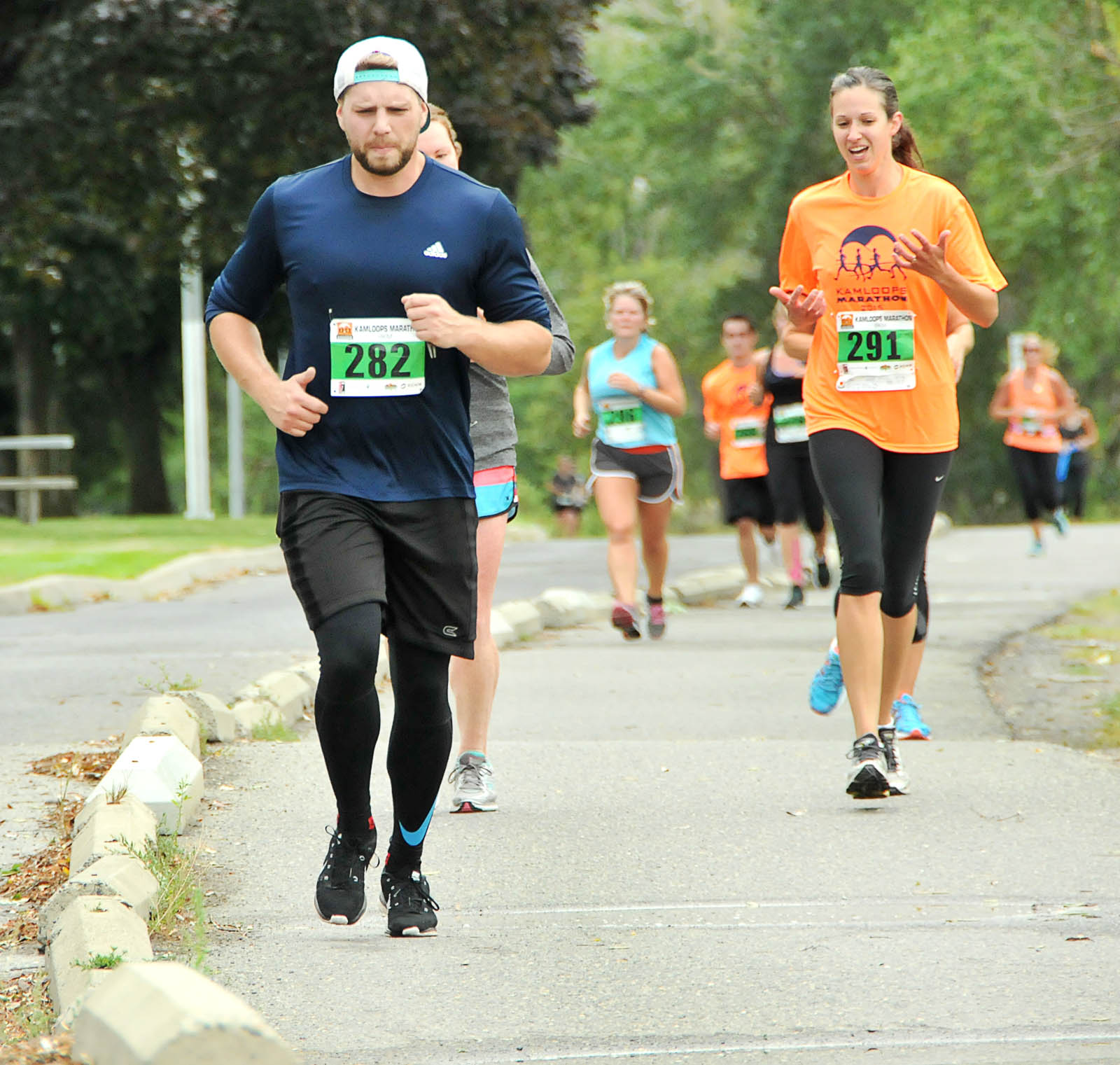 Racers in the 8km category make their way through McArthur Island Park during the 2015 Kamloops Marathon.

We’re in the home stretch leading up to the 2016 Sport Chek Kamloops Marathon on July 24.

Here are some fun facts and a by-the-numbers look at the event:

kilometres make up a marathon, which equals 26.2 miles. The half marathon is truly half the distance at 21.1km and 13.1 miles.

percentage of runners from Kamloops.

roads and intersections in the the marathon.

Photos from past years

pancakes at the finish line made and served by Lions Club of Kamloops.

volunteers needed for the event to be a success. Among the roles: course set up and break down, aid station attendants, route marshals, working the start and finish lines, pace bunnies, committees and more.

water stations for the marathon.

litres of water on the course, which equals nearly 237 US gallons.

litres of chocolate milk at the finish line, which equals 33 US gallons.

metres of elevation gain on the marathon course, which equals 565 feet.

number of smiles and high fives after the race.