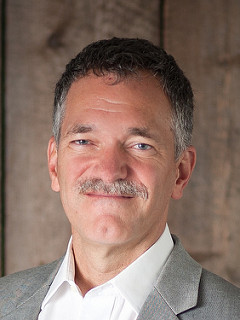 The topic of mental health will be front and centre at an interdisciplinary conference kicking off at TRU today.

Dr. Paul Dagg, a Kamloops psychiatrist and medical director for the Mental Health and Substance Use program at the Interior Health Authority (IHA), was instrumental in bringing the 8th annual Journal of Ethics in Mental Health (JEMH) Conference to Kamloops.

Dagg is on the journal’s editorial board and is chair of this year’s conference. This marks the second time the event has been held in BC.

“This is a great opportunity to bring attention to this issue in Western Canada and create an environment where people can discuss these issues in a truly interdisciplinary way,” said Dagg, noting attendees include psychiatrists, lawyers, judges, family doctors, nurses and RCMP.

More than 100 mental health and legal scholars from across the continent will be on campus for the June 2-3 event.

While the conference is a key networking and learning platform for those involved in the field, the journal itself is an open access online publication.

“The goal is to make the information broadly available,” explained Dagg, who said there are many critical issues around mental health today, including the role of psychiatric treatment when there are social dimensions to be considered like substance abuse or homelessness.

“The question is how do we as a society find a balance to ethically provide care for people who are ill,” said Dagg, adding one of the most controversial topics currently is physician-assisted death and whether psychiatric patients should be eligible.

Dagg is delivering a keynote talk on the ethical challenges of inpatient psychiatry. He notes the other keynote speakers are distinguished scholars in their respective fields.

Steven Sabat is a professor emeritus of psychology from Georgetown University in Washington, DC, who specializes in Alzheimer’s disease and dementia, while Dr. Michael Perlin is a professor law emeritus at New York Law School, and is a well-known legal scholar with expertise in mental health law.

Among the various speakers, a pair of TRU Law faculty members will also be presenting.

Assistant professor Dr. Ruby Dhand is speaking on refugee mental health and will also be on a panel discussing culturally appropriate treatment, along with members of the White Buffalo Aboriginal and Metis Health Society. Associate professor Margaret Hall, who specializes in mental health law, will be presenting on a pair of law cases that link issues in dementia, advanced directives and medically assisted dying.

Both Hall and Dhand are excited about hosting the conference at their home university and look forward to continued work on interdisciplinary initiatives with Dr. Dagg and the Interior Health Authority.

The 2016 JEMH conference is co-sponsored by TRU, the Interior Health Authority and McMaster University.