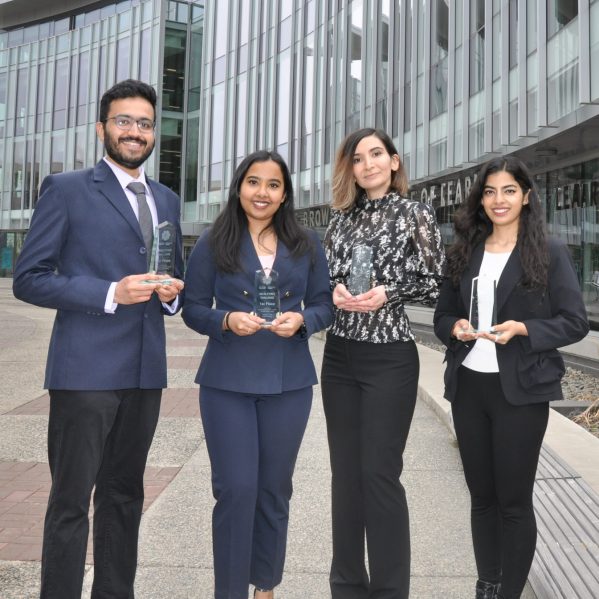 MBA students from the Bob Gaglardi School of Business and Economics competed against four other regional finalists in the sixth annual CFA Societies Canada Ethics Challenge. The participants who participated in the May 6 competition included:

Representing TRU Gaglardi Andrea Fernandes, Aman Kulkarni, Sumi Dubey, and Nikoo Ghaffari received praise from the judges for their ability to identify ethical violations and the teamwork the group displayed in responding to questions.

“We were thankful for the opportunities provided by both Bob Gaglardi School of Business and Economics, Thompson Rivers University, and CFA Societies Canada,” says Fernandes. “This challenge allowed us to hone our analytical and presentation skills and we look forward to participating again in the future.”

In total, 24 universities and nearly 100 students from across Canada participated in the CFA Ethics Challenge.  The aim of this competition was to “promote CFA Institute’s mission of high ethical standards, education and professional excellence, by preparing the next generation of financial professionals with the tools they need to critically assess and thrive in the face of tangible ethical dilemmas.”

Teams were given 23 hours to analyze a case based on real-life ethical dilemmas in the finance industry before presenting their findings to a panel of judges consisting of experienced CFA charter holders. They had to learn to identify ethical violations and decide what actions to take to address them, guided by the CFA Institute Code of Ethics and Standards of Professional Conduct. To qualify for nationals, the TRU Gaglardi team earlier won the regional championship for BC and Alberta competing against UBC, University of Calgary, University of Alberta and Mount Royal University. 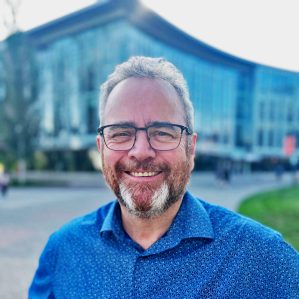 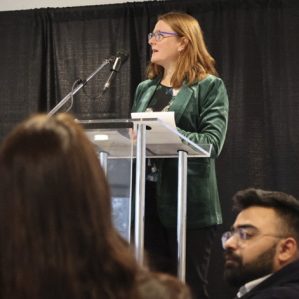