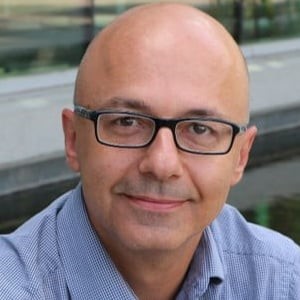 Want to grow wealth in your community? Start a business—especially if you’re a woman.

A new study from TRU’s School of Business and Economics looks at how female business owners view entrepreneurship and finds their perspective may make them more effective at spreading wealth than their male counterparts.

“Identity can be seen as, ‘I’m a professor, I’m Mexican and Canadian, I fit in these boxes.’ But stories of identity are more fluid and show how we draw on different hats of identity, and some hats have more predominance when you tell a story. I wanted to see how these women entrepreneurs tell their stories of becoming an entrepreneur,” Barragan says.

Barragan and his co-authors, Dr. Murat Erogul and Dr. Caroline Essers, interviewed 11 woman entrepreneurs and employed a narrative analysis to interpret their stories within a specific framework. In their study, they found that participants generally entered entrepreneurship in response to negative drivers: to solve financial needs, to find a job, to manage family responsibilities. In contrast, men often look at entrepreneurship as an opportunity.

“In the beginning, patriarchal values and societal norms are impeding these women from entering into entrepreneurship, and their sense of belonging is more self-oriented. They say, ‘I have to do this to provide for my family.’ Very few spoke about wanting to become the next Michele Romanow or Elon Musk,” Barragan says. “But as the business starts growing, they lose their reservations about entrepreneurship.”

As they developed a sense of entrepreneurial belonging, their focus shifted to supporting other women. They began spending more of their time mentoring other women, and, in aid of their own work-life balance, hired more employees to help grow their business.

While this paper focuses on Mexican entrepreneurs, Barragan says there are similar situations and parallels in other countries. Canada has less gender disparity than in Mexico—it ranks 16th to Mexico’s 50th on the World Economic Forum’s Gender Gap Index—but women still do most of the child care and housework. The pandemic hasn’t helped. The pre-existing gender pay gap created an incentive in many familiars for fathers to remain in the workforce while mothers left to care for children during school closures. Mothers are also more likely to work in retail, hospitality, and part-time jobs—areas that suffered some of the highest job losses.

Barragan believes this research supports the idea that entrepreneurship can function as emancipation for women, and should be encouraged, in Mexico and beyond.

“The majority of businesses in Canada are small, medium-sized that create employment. Any woman who starts a business is a potential employer, and we want employers,” Barragan says.

In pursuit of this goal, Barragan and a group of researchers at TRU are developing a research cluster, Innovation for Social Good, which brings together faculty and students interested in exploring social enterprises and innovation for disadvantaged groups. Barragan says he’s excited by the potential of social enterprises—these are start-ups with a social purpose with a commercial model—to address challenges, from employment to housing shortages, and believes women entrepreneurs can play a key role. Though he offers a final caution.

“That is not to say that the purpose of this is to make women do all the work,” he says. “We have to start supporting household roles.”