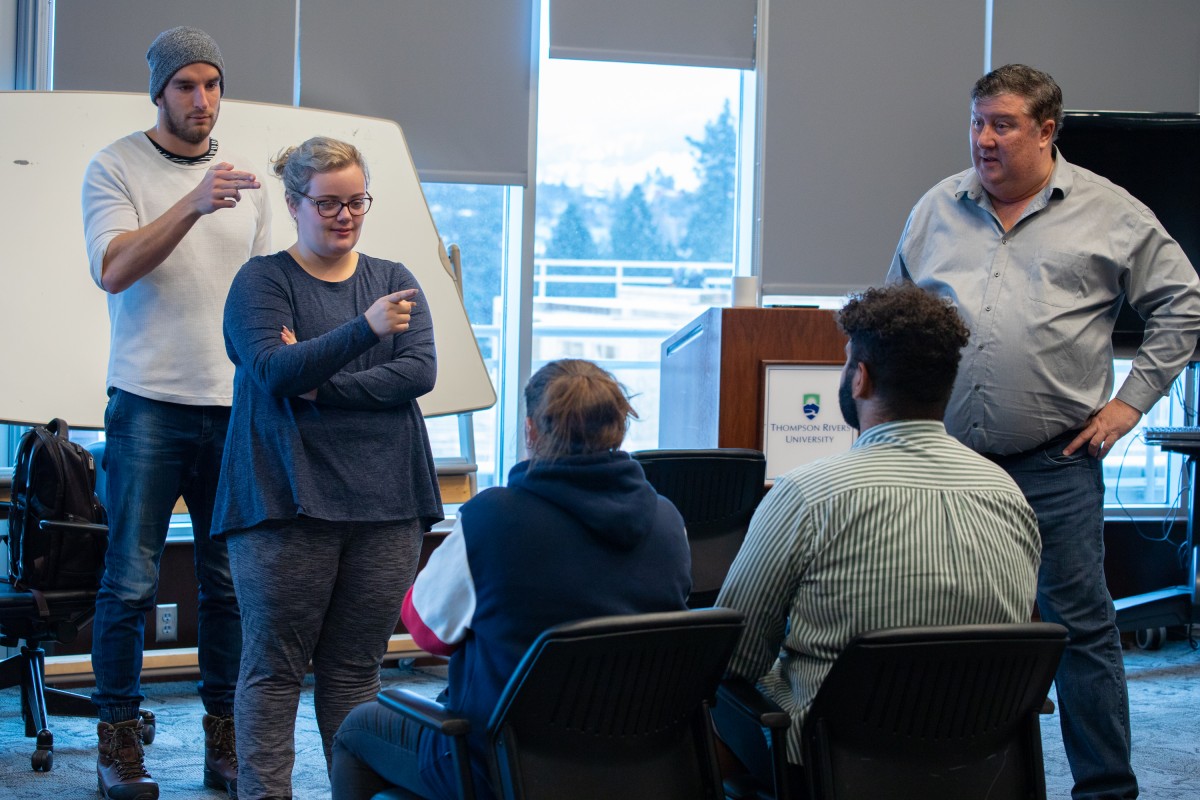 As Kamloops wrapped itself up against the coldest days of the winter, 13 students, staff and faculty from Australia experienced a dramatic temperature difference while they learned about Indigenous culture—and themselves.

They came from the University of Tasmania and the University of Sydney in Australia, as the reciprocal part of an exchange that saw an Indigenous TRU student and an Elder travel Down Under last summer to share cultural and historic perspectives.

This exchange is part of TRU’s Coyote Project, a commitment to accelerating indigenization on campus in response to the Truth and Reconciliation Commission’s calls to action. The Australian delegation spent Feb. 9 to 16 in Kamloops, learning about resilience, land rights, history, storytelling, language and traditions from a Canadian Indigenous perspective, as well as participating in a workshop about the Knowledge Makers, an Indigenous undergraduate research program.

Karie Russell, TRU Study Abroad mobility officer, said the university is already looking at sending another group of Indigenous students to Tasmania and New Zealand this summer to continue the relationships that have been built.

On Thursday, the students participated in a workshop with Dr. Rod McCormick, who gave them an abbreviated workshop on circle/square. He explained that the exercise can be used to show the effect of colonization on raising children. Nathan Mansell from the University of Tasmania asks a question during a recent workshop that was part of an international exchange with TRU.

This created a circle of support with the children as the nucleus. McCormick pointed out that the children would have difficulty getting away with much, as the adults were so centred on them.

He asked the students how they felt. Teleeha Thomas, one of the children, described feeling somewhat suffocated, being surrounded by adults who stood over her. McCormick pointed out that her claustrophobic feeling in the circle family structure wasn’t unusual, as most of us are not used to having family so close around us. Other students said they felt everyone in the circle had a defined role and that they were interconnected.

Next, McCormick had the students try a square family structure. The dads stood in front, followed by the moms, then the grandparents and the children were last. This structure left the kids on the outside and one student said she felt abandoned and ignored. This is also the structure that most of us have grown up with, he said. TRU professor and research chair Dr. Rod McCormick explains a family modelling exercise to a delegation of students and staff from Australia who were here in mid-February, including Teleeha Thomas, left, and Jake Doran, right.

Afterward, students took a few minutes to reflect on what they’ve experienced during their exchange at TRU. They said there’s a perception that there are no Aboriginal people on the island state and that Tasmania, with a population under 600,000, has lost much of its Aboriginal history, language and artefacts.

Jake Doran and Nathan Mansell said an Aboriginal language dictionary is being compiled that pulls in fragments from several Tasmanian Indigenous languages.

“It’s critical for us to bring the language back,” said Doran.

“Coming here and hearing the native language everyone speaks—that’s something we need to be doing in Tasmania,” added Mansell.

Both said they felt more tied to their identities as they neared the end of their eight days in Kamloops with their group.

“I feel more spiritually connected to my identity,” Doran said.

Alarna Page, a University of Tasmania student who plans to go into teaching, said she grew up with almost no knowledge about her Aboriginal culture. As students have shared stories and information during the exchange, she has felt a thirst to know more.

“It’s definitely challenged me in a better way, a spark to find out more,” she said.

“I want to teach about it and change things,” Page said. 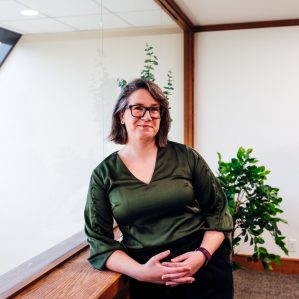 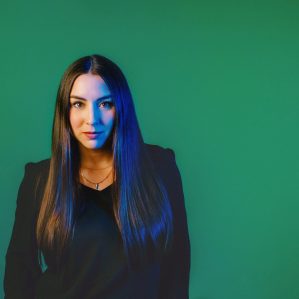