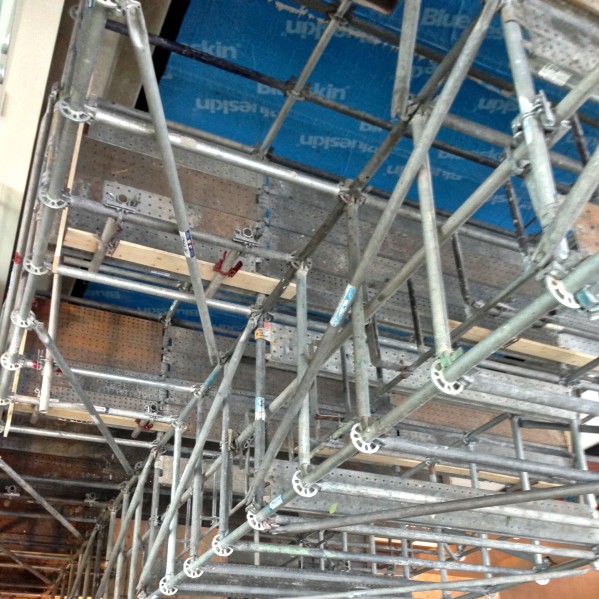 A new wall is being constructed to replace the former four-storey plant wall in House of Learning.

The feature living wall inside the House of Learning is in the process of being taken down and by next month, replaced with textured wood paneling.

The four-storey exposed plant structure has often been admired since its installment in 2011 when the building first opened, but maintenance, cost and potential mold issues have prompted the university to adapt the space.

Director of Facilities Warren Asuchak says the location of the wall, between two external doors in the foyer of the open-concept space, proved challenging for the upkeep of a living wall.

“It was difficult to control the temperature and humidity and this caused plants to die off, resulting in maintenance issues and increased cost,” says Asuchak, noting maintenance costs were about $1,000 a month plus the cost to continuously replace dying plants.

Christopher Seguin, VP Advancement, noted the plant die-off was also causing some people to complain about the smell. Taking down the wall, he adds, will alleviate any mold concerns.

“The humidity was starting to negatively affect the library stacks,” says Seguin.

Demolition has begun and constructing the new wall should start next week. Asuchak says it will have a unique look.

“It’s made up of 20 different sizes of planks that allow for an arrangement of lines and depth creating a layer of texture.” 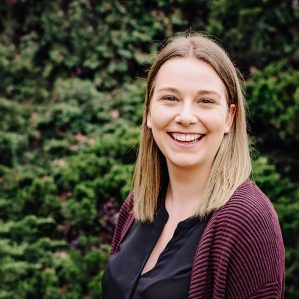 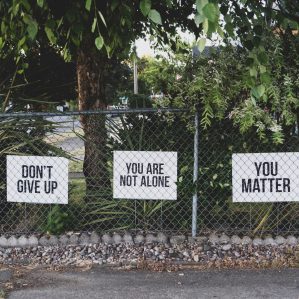 Connecting with a Counsellor: preparing for a virtual appointment