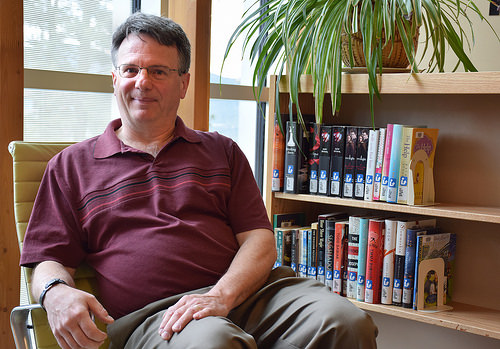 How did a generation of people cope with the loss of life caused by the First World War?

Thompson Rivers University professor and English Department Chair Dr. George M. Johnson posed that question in his latest book, Mourning and Mysticism in First World War Literature and Beyond: Grappling with Ghosts, which publishes later this spring through Palgrave Macmillan.

The book, which is essentially a sequel to his earlier work, Dynamic Psychology in Modernist British Fiction, explores the writing of several prominent turn-of-the-century British authors, with each chapter providing a psychological biography, giving context to the author’s shift toward spiritualism.

“I’m assessing the war’s impact on fiction and poetry,” Johnson said, acknowledging a post-war popularity boost for spiritualism and mysticism, especially among some of the time period’s most famous writers, including Arthur Conan Doyle, Virginia Woolf and James Barrie.