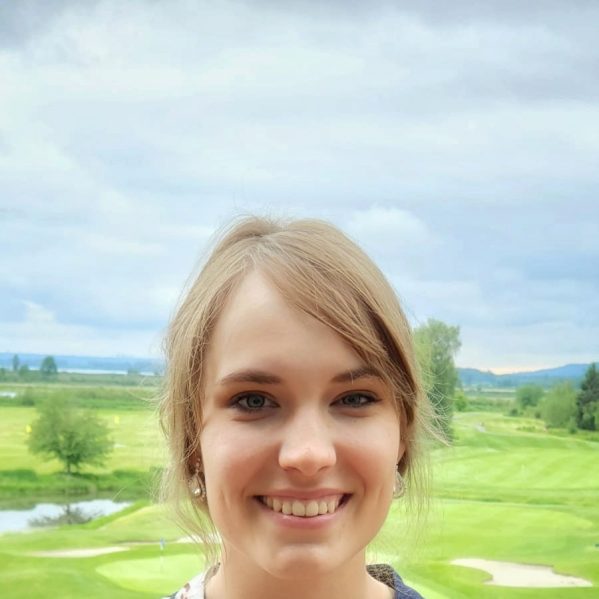 Nicole Pennock is studying at TRU in the education program to become a teacher.

Imagine sitting down to write an exam; clock ticking, pencils scraping paper, heart pounding, mind racing—all your preparation and studying is suddenly drowned in the chaos of dread, anxiety and panic. Nicole Pennock was all too familiar with this testing experience. After receiving a failing grade, hitting a mental health related low point due to big city claustrophobia, and believing that university just wasn’t for her, Pennock learned how to pull herself back up again through hard work, skill-building and the support of loved ones along the way.

Pathway to rock-bottom and back again

In high school, Pennock was perfectly at ease writing exams and receiving high grades. It wasn’t until she was 16, when she lost her grandmother to cancer, that she began to feel the effects of an anxiety disorder that manifested during high-stress moments in her life. “It didn’t matter how much I studied, when I went in to write the test, everything I had learned was gone.”

Having begun her post-secondary journey at another institution, Pennock soon realized her goal of getting straight A’s was far from her reach despite all her efforts throughout the year. After nearly two years of working in the big city atmosphere of Vancouver, she realized it wasn’t the lifestyle for her. “I couldn’t take the stress of the city. I remember asking my boyfriend at the time to just take me out of the city where I could see trees and fields because I felt so claustrophobic.”

Pennock’s “rock bottom” manifested itself with crippling panic attacks and ultimately, a fear of leaving her house alone. Her mental health lead her to move from the big city to her home town of 100 Mile House, where the real hard work began: healing.

During the wildfire season of 2017, Pennock was forced to evacuate from her home and to do something she had never done before: drive in the city. Although she was an avid off-road and rural driver, she had never driven in an urban setting. Being catapulted out of her comfort zone was exactly what she needed to repave her pathway to success. “The wildfires kickstarted me again. Afterwards, I made the decision to work toward becoming an elementary school teacher and eventually move.”

Before registering at TRU, Pennock attended an Open House event at the university, where a counsellor made her aware of the counselling supports available.

“We began talking and he told me that he was a counsellor at the school. It was then that he led me to the table and told me everything I needed to know, assuring me that I would have support. His friendliness and jovial mood put me at ease and I never felt awkward at all admitting that I had anxiety.”

That encounter at the counselling table and the education program information session she attended ultimately resulted in her choosing TRU. To date, she continues to see TRU counsellor Larry Johansson bi-weekly. “When I’m stressed, I talk, so I always look forward to seeing Larry. I love having a neutral person to talk to and help me organize and prioritize things.”

Pennock first heard of Accessibility Services in her counselling sessions. The first order of business was to collaborate with her AS advisor to review  accommodations and help mitigate the impacts of her anxiety. Extended testing time and a distraction-reduced environment were considerations, but the real life changer was the ability to listen to instrumental music while taking exams. Pennock hesitantly raised the option with her advisor, thinking it would not be possible as an accommodation. To her surprise, however, her AS advisor agreed and to this day, Nicole is grateful she had the courage to ask and advocate for herself.

Not only does listening to music while taking tests help to calm Pennock’s nerves, it also helps to drown out any distractions in her environment. “I used to watch my brother play Legend of Zelda when I was young. That soundtrack has always made me feel at peace. Most of my testing playlist is songs from those games.”

Through her self-advocacy and determination to succeed, Pennock’s GPA has risen from 2.0s to nearly 4.0s. She attributes this drastic change to her experience with TRU’s services.

“I have never once felt the negative impacts of my anxiety at TRU. From that first experience at the Open House to my weekly counselling sessions, and accommodations throughout each semester, I have always found the supports I needed.”

Stigma and motivation to change

Although Pennock has never been apologetic of her anxiety or felt stigmatized because of it, it has taken time for her to learn how to manage it and become comfortable separating herself from her anxiety. She now refers to her anxiety as “the little monster who lives in my head” and this has kept her from fully absorbing and defining herself by it. “I learnt who I am through the bad times of my past. I am the most self-assured now than ever before, and I’m not worried about stigma; if it works for me, that’s all that matters.”

Pennock wanted to share her narrative for two reasons.

“I want to help others become comfortable with having and even admitting and talking about the fact that they have anxiety. It’s not something to be ashamed of at all and I hope I can help people realize that.”

Pennock also wants others to reframe tough times as an opportunity for growth. “Look for the good things in life. No matter how hard a situation is, it means you’re developing the skill set that could help someone else in a similar position in the future.”

Learn more about Accessibility Services, and the supports available for students here.