How do you define success in research?

Two years ago, Dr. Laura Doan embarked upon a project designed to develop a provincewide peer-mentoring network to support early childhood educators (ECEs) to stay in the field. Her research is driven by the fact that up to half of all ECEs in the province leave the profession in the first five years. This attrition limits the sector’s capacity to grow and reduces access to affordable and safe childcare.

Today, upon completion of that research project, those who participated report having their perspectives changed, and their careers enriched.

Chelsea Hann, a practicing ECE based in Prince George, said her participation in the project is the reason she decided to remain in the field.

“This project was what kept me from leaving. I was really disillusioned and frustrated. I felt very isolated, and I would think ‘I can’t do this,’” she said. However, through the project, she connected with another early childhood educator in her community, someone with decades of experience in the field. The pair met several times over a few months, and it was during those meetings they built a safe space to discuss challenges.

“We could come together and mutually support one another. I would say we built a friendship, but it was more than that. It was a confidential space, and there was no judgement, just acceptance,” Hann said.

Cari Rawling, a Quesnel-based early childhood educator, participated in the project as a facilitator. Rawling has worked in the field for nearly 30 years and used her connections to recruit mentor pairs to the project.

“Being in a small city it can feel like there is an element of competition, but when we came together connections were built; the conversations became so organic and comfortable and the reflections so meaningful that the support felt amazing,” she said.

“I think there are a lot of ECEs who feel isolated in their practice, and this helped alleviate that. I really hope that we see each other as a vast network of support people with a common goal of supporting children and families in our communities,” said Rawling.

The research project, “Peer mentoring for early childhood educators in BC,” was supported by a $650,000 grant from the Ministry for Children and Family Development through the Westcoast Child Care Resource Centre. The funding was part of the three-year, $153 million Early Learning and Child Care agreement between the Government of Canada and the Province of BC.

“This experience demonstrates what is possible when we support early childhood educators in the way they should be supported,” said Doan, who recruited facilitators in 17 communities. The facilitators then recruited 12 ECEs each, meaning more than 200 ECEs participated in the project, which ran from summer 2019 to early spring 2020.

“This shows me what can work when you give ECEs the opportunity to come together to support each other. They are able to come up with their own solutions, and I walked away with so much respect,” said Doan.

She also walked away recognizing that there is a huge resource of experienced ECEs in BC who have shown resilience in the face of adverse working conditions and lack of access to professional development.

“There are many, many educators who have years of experience and they represent such a wealth of knowledge. They have all this knowledge, and they shared it with us, but they hadn’t shared it before because they had not been asked,” said Doan.

Doan’s recommendation to the province is to continue to ask those in the field what they need to be resilient, and to find ways to ensure they are supported through access to mentoring and professional development. 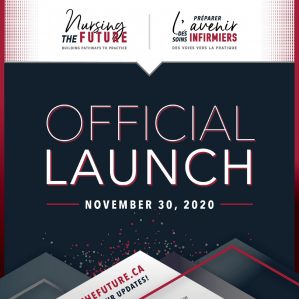 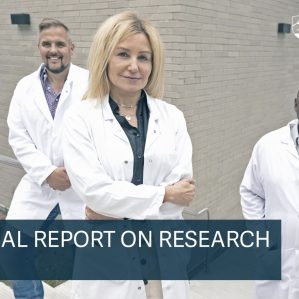 A remarkable year for TRU research