Two Thompson Rivers University students are in the Land of the Rising Sun building up experience and skills in their Co-operative Education programs.

Cyrus Lok Yin Lee came to BC in 2012 to attend Rutland senior secondary school in Kelowna. He wanted to pursue a different academic path than what China typically offers. Lee landed at TRU after graduating in 2015 and discovering the co-op program.

Cyrus Lok Lin Lee is in Japan completing his co-op term for the telecommunication company NTT.

“I chose to get involved with the co-op program because it was a chance to get real world industrial working experience before I graduate,” he said. “I also thought I could learn some leading-edge technology by working with hands-on projects.”

Computing science caught Lee’s interest and after taking two years of courses on campus — including a Japanese class — he got on with the Nippon Telegraph and Telephone (NTT).

“I love Japan – their food, language, culture and especially the Otaku sub-culture (anime). After taking Japanese at TRU, I figured it would be great to practise my studies by living in the country,” said Lee.

Working out of Musashino, a city of 144,000 just west of Tokyo, Lee is a trainee responsible for researching and reporting. He is working on a project with in-band network telemetry and programming protocol-independent packet processors, gathering metadata from intermediate devices and stacking that information into a packet.

Like Lee, Shohei Maeda came to BC before college. He moved from Japan to Kamloops in 2006, where he attended Kamloops Christian School and graduated in 2013.

Maeda experimented in environmental engineering at the University of Northern British Columbia, then started a degree in chemistry at TRU before settling into the Bachelor of Computing Science program.

“I did some programming in high school and thought it was pretty complicated. I later did an introductory course in computer programming and really enjoyed it. It was much different from what I did in high school,” said Maeda. “I got really excited about entering the program.”

He was already familiar with co-op programs as he had worked with Australian Laboratory Services in Calgary in 2016.

Once he started computer programming at TRU, he knew where he wanted it to take him.

“I love Japan. I didn’t think I’d end up here, but I love it here and would love to work here one day,” said Maeda. Shohei Maeda is completing his co-op term in computer science with Rakuten in Japan.

He was hired by Rakuten, a Japanese electronic commerce and Internet company based in Tokyo, similar to Amazon in North America. There, he fills a similar role to Lee, doing research and programming as an application engineer on a variety of projects.

“I like working in the field much more than the classroom part. I wouldn’t have had this opportunity to network and meet other people if it wasn’t for the co-op program,” said Maeda.

“The relaxed nature of the job is one of the best things about it. Japanese companies have this vision of being quite strict, however Rakuten is quite westernized which is nice, so the feeling at the office is quite laid-back.”

Both co-op students are hard at work heading into the second half of their work terms in Japan. They will return to TRU this spring, bringing back with them months of cultural experiences and invaluable on-the-job learning. 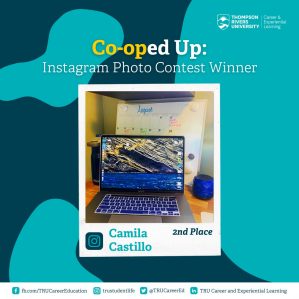 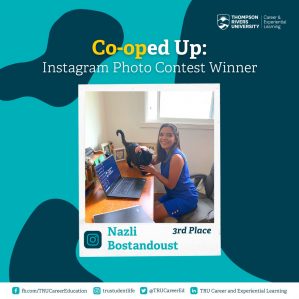