“I have a ton of respect and gratitude for Open Learning.”
–Deb Bartlette

Forty years ago, the provincial government created the Open Learning Institute in order to improve educational access for people in non-metropolitan areas. Ever since, Open Learning (OL), with its distance education options and open admission and transfer credit policies, has greatly widened access to post-secondary education by making it possible for many students to take the first step toward personal and economic growth and prosperity—students who otherwise could not have attained a university degree. Program advisors, enrolment officers, Open Learning Faculty Members and many others have all made a huge difference to such students. One was alumnus Deb Bartlette, who can attest to OL’s commitment to open admission and academic excellence. Now an independent educational consultant with a decade of senior leadership in PSE and a graduate and adjunct professor at two universities, she said, “I have a ton of respect and gratitude for Open Learning.”

Twenty-three years after receiving a BCOU business administration degree, Bartlette described her academic and professional journey and how OL profoundly affected that journey.

“I grew up in a small rural community of about 1,500 people. Like many other high school graduates, I went into the big city to the giant university to study something that I probably never should have, but that my parents wanted me to. I’d never lived on my own before, never even been on a city bus. From a high school class of maybe 40 people, I went to lecture halls with 500 students in them. And the culture shock was just enormous.”

After one semester of first-year science, she said, “My GPA was 1.93.” Desperate to succeed, she turned to the university’s academic advisors.

“I remember quite distinctly them telling me ‘some people aren’t university material.’ With my tail between my legs, I went to Red River Community College and did a two-year diploma in business administration.”

Her performance there was outstanding—her instructors continually told her that she really should be at university, to which she would habitually respond, “No, you don’t understand. I’m not smart enough. I flunked out. I’m not ‘university material.’”

In the workplace, Bartlette found that not having a degree was a distinct disadvantage, so she considered returning to school.

“But the universities wouldn’t recognize anything I did in community college, even though the courses were the same,” she recalled. “There was absolutely no transfer credit in Manitoba at the time.”

This is unsurprising. BC has been the Canadian leader in PSE transfer credit since the 1958 Public Schools Act enabled students to transfer their two-year college credits to UBC. At OL, as at other PSE institutions, open, non-competitive admission, has long been a key standard, simply because the provincial government recognizes the critical connection between a highly educated workforce and economic prosperity.

Bartlette moved to Vancouver in the 1980s. “Not long after my second child was born, I saw a commercial about Open Learning and it talked about how you could ladder and turn your two-year diploma into a degree.”

“I drove over to OLI in Richmond and met face-to-face with an advisor, who turned out to be Tony Kuczma. He told me I could get credit for most of my community college courses.”

She aced her writing evaluation, then began her coursework by correspondence, all by mail in those days. “Sometimes I would watch Knowledge Network TV shows, I would talk to my tutor [Open Learning Faculty Member] on the telephone and basically work at my own pace. And I just loved it!”

After completing her business degree, she went on to not one, but two, master’s degrees—one of them the Master of Distance Education at Athabasca University (AU), since she was fascinated with the concept of distance learning and how it could improve access.

“Between studying adult education and distance learning, education became for me completely about social justice,” she said.

She entered the PSE workforce and moved from being the inaugural director of recruitment and community relations at the Technical University of BC (TechBC) to a co-op coordinator at Simon Fraser University (SFU), where she completed a doctorate, then on to Yukon College, where she served as the vice president academic and led a multiyear project to prepare the college for degree-granting and university status. In addition to educational consulting, she now regularly teaches in the Master of Education program at AU and at SFU.

“All because of Open Learning,” Bartlette said. “I have to say that I am enormously grateful. Because without the opportunity to earn that ‘gateway degree’—the professional opportunities that it gave me, the personal and intellectual growth that just opened doors—none of this would have happened. I could do this while I had young children at home. I could do a course in two months and get closer to that degree. Walking across the stage in the old building in Burnaby to get my piece of paper, with my kids in the audience—it was just the most amazing thing ever.”

Without OL, program advisors like Kuczma and Open Learning Faculty Members like Ron Lakes (who she fondly recalls), Bartlette said, “My life would be completely different. It was that first degree that made it all possible and that has made me quite passionate about access and support, particularly for non-traditional students.” 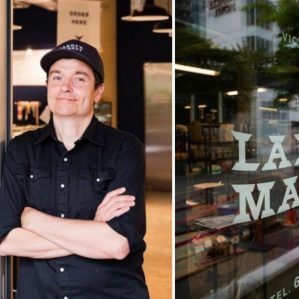 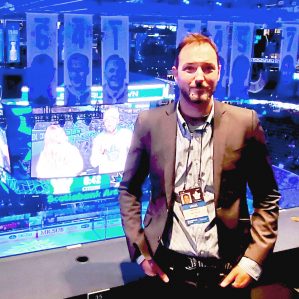