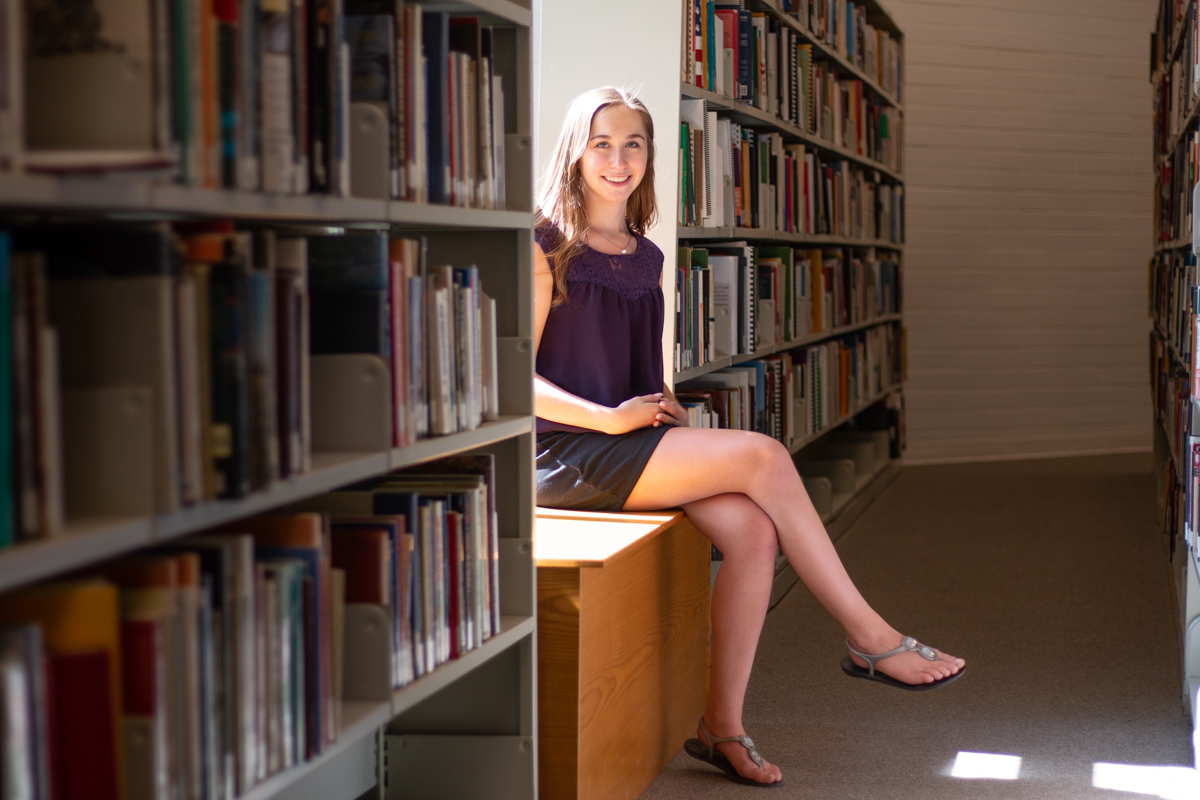 Katelyn Norrie is interested in studying business and finance this fall at TRU.

Over the winter, much of high school student Katelyn Norrie’s free time was spent applying for scholarships, filling out forms and writing essays. Her efforts have paid off–abundantly.

Norrie scored big with her winning essay in the TRU Creative Non-fiction contest and she is looking forward to a year of free tuition at TRU. Contestants were asked to write an essay centred around uncertainty and opportunity and share a time they had taken a risk.

Public speaking has always been a challenge for Norrie and she chose to write about her journey to become more comfortable speaking to groups. Rather than avoid the difficult task altogether, Norrie chose to confront her fear head-on.

“When I was younger, I used to have a really bad fear of public speaking. I would stutter when I got nervous, words would get stuck in my throat, my voice would shake,” she said. “I tried to force myself to speak up in class more. I recently went to a model UN in Vancouver and my only goal was to speak once in front of the group, and I did it!” Norrie has her sights set on a Bachelor of Business Administration degree. Although she doesn’t have to choose a major until later down the road, she’s leaning toward specializing in finance. Even though she hasn’t even attended student orientation, she’s already scoping out potential study abroad opportunities.

She’s honoured to have won the award and will be the first one in her immediate family to attend university. Norrie is grateful for the financial help the contest provides.

“It’ll make my transition to university so much easier because I won’t have to worry about the cost. I’ll be able to focus more on my education and that’s just great,” she said.

Now the dust is beginning to settle, Norrie is allowing herself to get excited about her win. She admitted it was difficult to keep news of her victory to herself, especially since three of her friends also applied and made the long list.

“It’s been a while since I’ve started fresh in a new place with new people,” she said. “My high school is the same group, every year and every day. Being with a different mix of people will be a good change. I’m so grateful that I won the award and am very excited to come to TRU.”

Hofmann said it was difficult to narrow down to a final three because many essays showed strengths in specific areas, but Norrie’s stood out.

“It had a clear focus on risk and benefit, and clean structure and mechanics, as well as precise, complex vocabulary and syntax. The use of metaphor created interest, and the personal and the objective are well balanced throughout the essay,” Hofmann said. “The author used humour and detail to bring to life a personal story, but also displayed the ability to think abstractly and conceptually in linking the story to, and clearly developing, a theme with significance.”

After poring over 34 submissions and seeing promise in many, the judges chose Norrie’s submission to take the prize.

“It’s really interesting for the judges to get to hear the different voices, and to experience those peeks into other minds,” Hofmann said. “Some of our discussion was woven around the gifts we saw in the writing styles and thought processes: this writer has good scientific reasoning, and this one might be a poet…. We’re all excited to think of what these authors are going to contribute to TRU and to society as a whole.” High-school student Katelyn Norrie being presented with a one-year tuition credit from Jennifer Read of TRU Marketing and Communications. 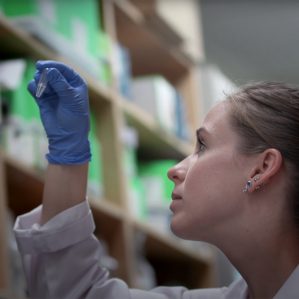 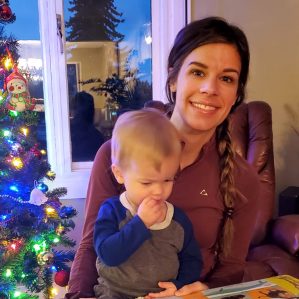 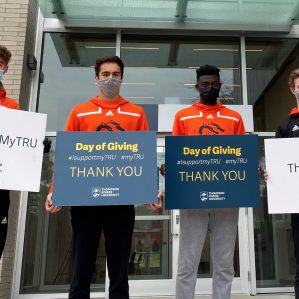