Third-year, Level B, welding student Ben Chenuz finished with a bronze at SkillsCanada, which was held the beginning of June in Winnipeg.

The podium finish puts Chenuz among the country’s best in his age group and could lead to a variety of career opportunities as a result.

SkillsCanada brings together the gold medalists from each province and territory to compete in a variety of trades and skills, where each person then has to complete a series of project within time limits.

Those winning gold at SkillsCanada then qualify for WorldSkills.

Thanks to TRU welding instructor Larry Franzen, what follows is a look at the competition through photos.

Read a Q&A with Chenuz during the weeks leading up to SkillsCanada: Gold medalist tips of the trade TRU welder Ben Chenuz at work during SkillsCanada 2017 in Winnipeg. He finished with the bronze. One of the projects.

Ben Chenuz, right, on the podium for British Columbia and for TRU. 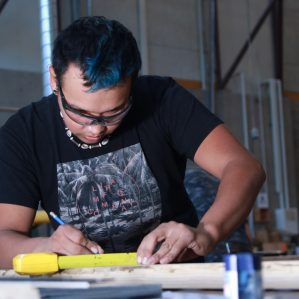 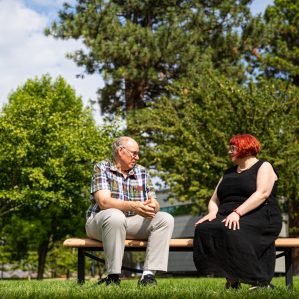