Spinach
Magnesium was made to calm holiday insanity. First, the mineral can help lower your stress levels, keeping your body in a state of relative ease as you kick off yet another round of small talk at the company party. Not getting enough magnesium may trigger migraine headaches and make you feel fatigued. (And almost seven out of 10 of us don’t get enough of the stuff. No wonder we’re cranky.) Just one cup of spinach provides 40 percent of your daily value — so try subbing it for lettuce on sandwiches and salads. (And now you have an excuse to indulge in the spinach dip!)

Oranges
Fretting over a job interview or presentation at work? Pour yourself a glass of Florida’s famous juice or peel yourself an orange. The magic nutrient here is vitamin C. In a study in Psychopharmacology, German researchers subjected 120 people to a public-speaking task plus a series of math problems. Those who took 3,000 milligrams of vitamin C reported that they felt less stressed, and their blood pressure and levels of cortisol (a stress hormone) returned to normal faster. “Vitamin C is also a well-known immune system booster,” says Amy Jamieson-Petonic, R.D., a spokesperson for the American Dietetic Association. So don’t be bummed that you got a fruit-of-the-month-club gift instead of the video Nano — you’re going to need all those oranges and grapefruits.

Almonds, Pistachios & Walnuts
When all hell breaks loose, reach for a handful of almonds. They’re bursting with vitamin E, an antioxidant that bolsters the immune system. Almonds also contain B vitamins, which may help your body hold up during seriously unpleasant events (like getting a year’s membership to Match.com as a present). About a quarter cup every day is all you need. Another easy way to get a fix is to switch from traditional PB to almond butter on high-tension days. Keep your heart from racing when things heat up. “We experience immediate cardiovascular responses to stress because of the ‘fight or flight’ response,” says Sheila G. West, M.D., associate professor of bio behavioral health at Penn State. When stress strikes, the hormone adrenaline raises blood pressure to boost energy — so you’re prepared to run like hell if you need to. But because we seldom need to fight or flee (dodging your annoying aunt doesn’t count), it’s better to blunt the strain on your heart. A 2007 Penn State study led by Dr. West found that eating one and a half ounces (about a handful) of pistachios a day lowers blood pressure so your heart doesn’t have to work overtime. Walnuts have also been found to lower blood pressure, both at rest and under stress, West says. Add about an ounce to salads, cereal, or oatmeal. 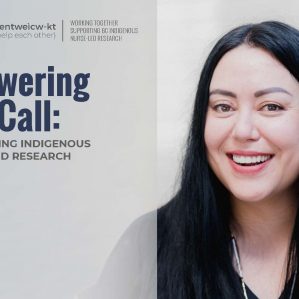