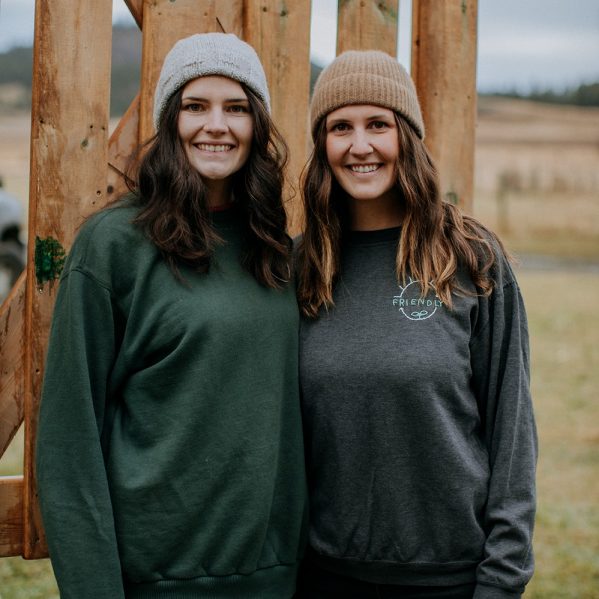 If you asked Master of Science in Environmental Economics and Management (MScEEM) student Claire McLoughlin five years ago if she envisioned starting her own business, she would have said no. Now she has 600 customers and a third-place win from the Enactus Canada Student Entrepreneur National Championship competition for the business she co-founded in early 2020, Friendly Composting.

McLoughlin started Friendly Composting with her roommate Katie Forsyth. After finding out they couldn’t compost kitchen waste easily in Kamloops, they came up with the idea for Friendly Composting. Within three weeks, they were buying up all of the recycled buckets they could find and picking up compost from customers, driving it to Holmwood Farm, owned by Gillian Watt, TRU’s Applied Sustainable Ranching Program director, in their Volkswagen Tiguan (they’re now using a truck and trailer).

The connection with Watt happened by word of mouth. Watt and her husband help turn the compost and taught Forsyth and McLoughlin how to use the tractor to do it themselves. Additionally, Watt connected the two entrepreneurs to Rob Borsato, an instructor with the Applied Sustainable Ranching Program who specializes in compost.

Things picked up quickly. “We’d start packing up orders at 6:30-7 a.m. and then get home around 7 p.m.,” says Forsyth. “We had lots of volunteers early on, including Parker [Sydor], who reached out to us over social media.” Sydor is now a paid team member, along with four other part-time staff and casual drivers.

McLoughlin and Forsyth have learned a lot in their first 1.5 years in business. While winter weather presented challenges, it never interrupted service. A key part of their success was automating logistics and payments through their website, which offers composting services through a subscription model as well as local food delivery.

In September, 2020, McLoughlin went back to school. Soon after, she was nominated for the Enactus Canada competition by Christian Andrews, a co-founder of Brynn’s Bakery who has competed in Enactus competitions.

“I felt as though Friendly Composting captured the essence of what Enactus is trying to create; a social, environmental and economical business that is scalable. It also helps that Katie and Claire are absolute gems and working with them through my own business has shown how awesome of people they are and how they absolutely deserve to win an Enactus competition. Which is why they deserved a nomination,” says Andrews.

McLoughlin completed her entry in the competition with financial reports and the video below (which took about 80 hours to put together). She was chosen to participate as one of the 12 finalists from a field of 300 nominees.

“These competitions are really helpful for entrepreneurs—the workshops, networking and the people they connect you with,” says McLoughlin. This year’s competition took place virtually and winners were announced May 18. McLoughlin received a financial award for placing third.

What’s next for Friendly Composting? McCloughlin and Forsyth are currently talking expansion while they review their systems and business model.

“There’s a lot of potential to where we can take it,” says Forsyth. 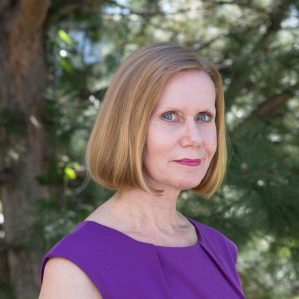 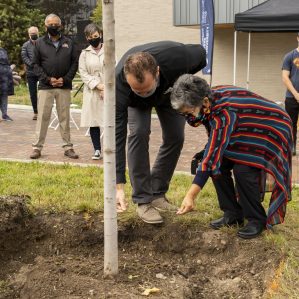 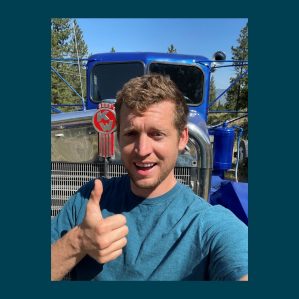