TRU Law alumnus Harry Chahal recently won the second place prize in the Chief Justice John B. Doolin Writing Competition of the Oklahoma Supreme Court, and had his work published in the Sovereignty Symposium. Chahal graduated from TRU Law in June 2019 with his J.D and is currently articling at Dhanu Dhaliwal Law Group in Abbotsford.

This story was written and submitted by Harry Chahal.

In searching for a possible research topic in the Comparative and International Indigenous Law (LAWF 3460) seminar taught by TRU Law Dean Bradford Morse, I discovered a CBC news article about sterilizations that took place at The Royal Inland Hospital in Saskatchewan without the consent of its patients. As I began to delve further into this topic, I was shocked to discover that Canada, in fact, has a history of sterilization legislation.

Alberta introduced sterilization legislation in 1928, followed by BC introducing similar sterilization legislation in 1933. Both statutes targeted individuals with traits that were considered undesirable. Dean Bradford Morse connected me with Dr. Yvonne Boyer, a member of the Canadian Senate, who co-authored a report describing the coerced sterilizations that took place in Saskatchewan, with many of the patients being Indigenous women. As I read the testimony of the women, I discovered the treatment to which they were subjected. Many of the women were ignored, ridiculed, bullied and lied to about the sterilization procedure.

During my research, I located the Notice of Civil Claim for the current proposed class action lawsuit filed in Saskatchewan, and learned that among other claims, the plaintiffs are making a Charter argument. Specifically, that the sterilization procedures by the Royal Inland Hospital are an infringement of the patients’ rights under section 7 of the Canadian Charter of Rights and Freedoms. I then brainstormed about how I would formulate that Charter argument and how I would argue that the hospital’s actions should become subject to the Charter.

My fascination with this topic was further heightened knowing that these events are occurring contemporarily. Consequently, the outcome of this proposed class action could potentially bring a change in how Canadians receive health care in a profound way in the near future, and could very well be a landmark decision in Canadian law.

Using the Supreme Court of Canada’s decision in Eldridge v. British Columbia, I concluded that the medical staff at Royal Inland Hospital were subject to Charter scrutiny. In Eldridge v. British Columbia, the Supreme Court of Canada determined that a private entity may be subject to the Charter with respect to certain inherently governmental actions. In such circumstances, while it may be the private entity that is implementing the program, it is the government that retains responsibility for it.

The government cannot escape Charter scrutiny and evade its constitutional responsibilities by delegating programs to private entities. The Supreme Court’s reasoning was based on how the Canada Health Act (CHA) plays a significant role in administering free universal health care throughout Canada and how the Parliament uses its spending power to contribute to provincial Medicare programs.

The CHA is required to fund provincial health insurance programs if the provinces adhere to certain criteria. The purpose of the CHA is to protect, promote and restore the physical and mental well-being of the residents of Canada, and to facilitate reasonable access to health services without financial or other barriers. The CHA requires the health insurance scheme of a given province to insure all “insured health services” provided by hospitals and medical practitioners. The potential Charter violation inheres in the discretion wielded by a subordinate authority, such as a hospital, not the legislation itself.

Dean Morse informed the seminar’s participants of the Chief Justice John B. Doolin Writing Competition, sponsored by the Oklahoma Supreme Court, as part of the Annual Sovereignty Symposium. Being presented with this phenomenal opportunity in my last semester of law school, I decided to enter the competition. I was thrilled to learn that my work had been placed second among the entries.

It is truly an honour to have my work published in the Symposium’s proceedings, and to receive a cash award. While writing this paper, it was my aim to bring increased awareness about sterilizations, and more importantly, the mistreatment of Indigenous women, which has existed and continues to exist in Canada. I hope that I have done justice in executing the discussion of this topic, and I hope that readers find this paper to be an informative and enjoyable read. 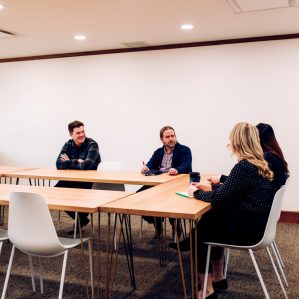 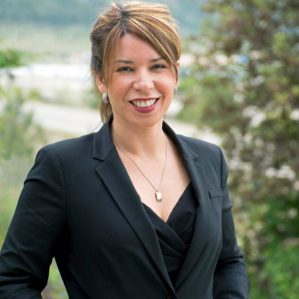 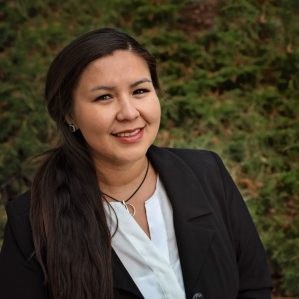