When it comes to global environmentalism, one name stands above the rest: Dr. David Suzuki. The Canadian icon visits TRU on Friday, March 8, as part of the Beyond Climate film tour.

“When we heard about the possibility of hosting this film with David Suzuki, it didn’t take us too long to say yes to it,” said James Gordon, the environmental programs and research coordinator in the Sustainability Office. “[Suzuki] is a legend.”

Directed by University of Winnipeg professor Dr. Ian Mauro with the narration done by Suzuki, Beyond Climate holistically looks at how climate change is affecting British Columbia—from burning forests and melting glaciers to acidic oceans—and what’s at stake. It’s Mauro’s third feature film about climate change and he’ll be joining Suzuki on tour.

“There are a lot of experts out there saying that we are running out of time when it comes to climate change,” said TRU Director of Sustainability Jim Gudjonson. “But David Suzuki does not necessarily agree. The message in this film is that we don’t know enough to suggest it’s too late. What is happening at TRU reinforces that we can make rapid progress when we work together. Things like energy conservation, waste diversion and alternate transportation projects and initiatives have resulted in significant greenhouse gas reductions in a relatively short timeframe.”

The UN’s Intergovernmental Panel on Climate Change (IPCC) recent report, entitled Global Warming of 1.5°C, indicates that it is possible to stabilize the climate provided we act within the next decade to be globally carbon neutral by 2050. British Columbia is global hotspot for these changes and associated challenges.

These assessments are, in part, why TRU has been building a strong sustainability movement on the campus over the past decade. And, as a result of TRU’s efforts, the campus is recognized as the global leader in sustainability.

Last fall, TRU became the first university in Canada to achieve a platinum rating in the Sustainability Tracking, Assessment and Rating System (STARS) program and currently has the highest ranking out of 900 institutions in 37 countries that use the benchmarking tool.

“Yes, we did win the award, but by no means can we be unwavering in our commitment to solving the climate crisis. We need to keep the conversation going and think of new, sustainable ways for TRU and Kamloops,” said Gordon.

That discussion will continue when Suzuki and Mauro will be on hand for the film screening and an evening of conversation aimed at recognizing the challenge but also that solutions are within our nature.

The Campus Activity Centre opens at 4:30 p.m. for Green Drinks, a two-hour informal networking social with different sustainability groups on hand. The Den will also be open and will provide snacks and other refreshments not served at the cash bar. The Grand Hall doors also open at 4:30 p.m., with the opening ceremony beginning around 7 p.m. (when doors open, seats can be reserved by those with proof of purchased tickets).

Alicia Ashcroft hosts the event beginning with a welcome from TRU Elders, a drum ceremony and an address from TRU President and Vice-Chancellor Brett Fairbairn.

Tickets for students are $10. Staff and public tickets are $20. Ticket sales are limited to six per person. Event planners expect the 700 tickets to sell quickly. Tickets are now on sale and can be purchased on tru.ca/beyondclimate.

With Suzuki graciously donating his time and bringing the film to TRU, the Sustainability and Ancillary Services departments agreed to donate all money raised from the event to local charitable organizations.

After the 48-minute feature, Suzuki and Mauro will engage in conversation and field Twitter questions. Fans are encouraged to get their questions in 24 hours in advance by using the hashtag #AskSuzukiTRU.

“Everyone in the sustainability world is a big fan of the work Suzuki has done. This should be a great event and we’re excited to host it,” said Gudjonson. 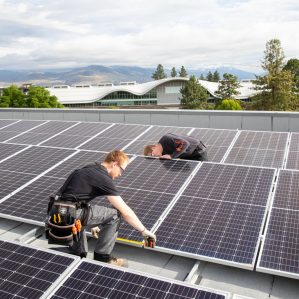 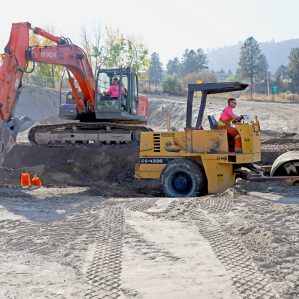 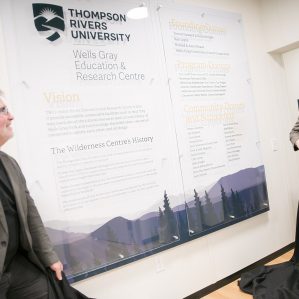