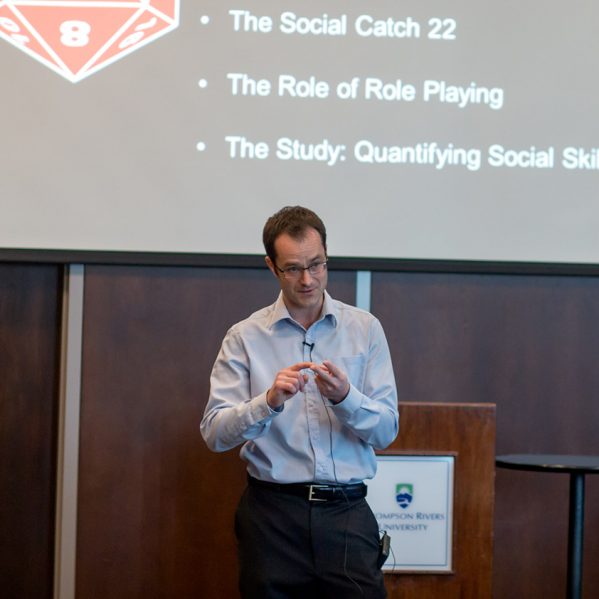 The 2018 3MT participants, joined by the community judges.

Dungeons & Dragons — is it a game, or is it a tool for teaching socially isolated children how to engage in conversations?

Graeme Hallett says it can be both, and after wowing the judges with his Three Minute Thesis presentation, “Dungeons and Dragons Develops Social Skills,” he is now $1,000 richer, and will represent TRU during the Western Canadian 3MT Finals scheduled for April 27 at the University of Regina.

Hallett, a Master of Education student, drew the judges in with his opening description of the Catch 22 that socially isolated children find themselves in.

Missed the 3MT? Watch the Livestream

For teachers, these kinds of skills are complicated and difficult to teach, but Dungeons & Dragons could be a game-changer.

“If you’re somebody who never knows what to say or when to say it how are you supposed to take part in a game that is an enormous conversation? This is where it helps to have rule books, and dice,” Hallett said, explaining that his research will track and compare learning improvements using Dungeons and Dragons as an entry point to conversational skill training, versus traditional learning methods.

“It was interesting, and spoken with passion,” said Cooper.

For the first time in TRU’s five-year 3MT history, there was a two-way tie for second place. Janelle Paulson, MSc, was awarded for “Drying Up: The effects of long-term drought on the invasiveness of Spotted Knapweed in BC,” alongside Kelsey Boule, MSc, for “Ethical issues in sport hunting and conservation economies in British Columbia, Canada.” Paulson was also voted People’s Choice. 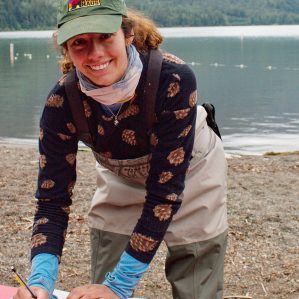 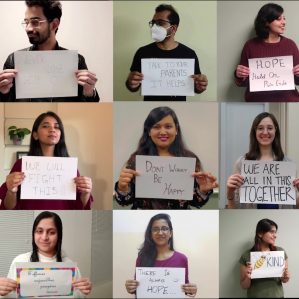