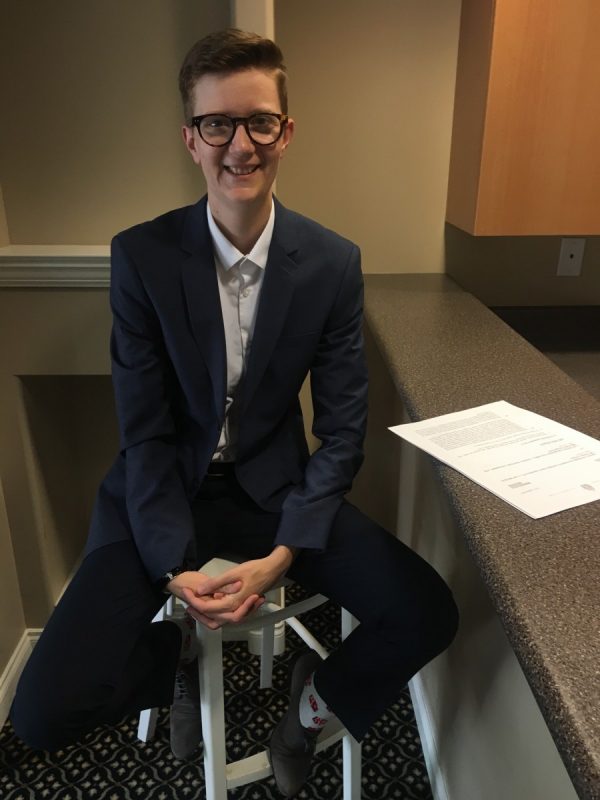 The TRU OutLaws, an LGBTQ law student advocate group, has been approved to intervene at the Supreme Court of Canada (SCC) later this year regarding the proposed law school at Trinity Western University (TWU).

TWU is a Christian university in Langley, BC, that wants to establish a law school, but an institutional covenant prohibiting sexual intimacy not in accordance with marriage between a man and a woman has Grace McDonell of the TRU OutLaws, along with student OutLaws clubs at UBC and UVic law schools speaking out, calling the specific clause in the covenant discriminatory.

McDonell says the collective BC OutLaws group has a special interest in ensuring that LGBTQ students have equal access to legal education and the legal profession. They have been permitted to submit a 10-page intervenor application to the SCC in support of the Law Society of British Columbia’s appeal of TWU’s proposed law school accreditation.

“We submitted an application to intervene because we wanted to have a voice in a conversation that would greatly affect us as students, future legal professionals, and as members and advocates of the LGBTQ community. By nature, the OutLaws are able to offer a different perspective than the formal parties, TWU and the Law Society of British Columbia; a perspective that takes into account the views and aspirations of past, present, and future law students,” she said.

“The group was initially denied standing, along with others. However, the next day the Chief Justice Beverley McLachlin of the Supreme Court of Canada stepped in, overruling the decision, and added a second full day to the hearing to hear from the intervenors. As far as I know this is the first time that has ever happened,” said Jones.

McDonell represents all three BC law schools who signed the affidavit, and the third-year student has been granted leave to attend the November 30th hearing in Ottawa, where the group’s lawyers will have five minutes for oral argument.

She explains the focus of their intervention is to highlight that prospective students should not face exclusion and discrimination on the basis of gender, sexual orientation or any other characteristics.

“LGBTQ members of the OutLaws have a direct understanding of the exclusion and marginalization on the basis of sexual orientation that we will be sharing with the court,” she said.

“Trinity Western’s covenant provides that students may be subject to discipline for failing to abide by the covenant requirements. For LGBTQ prospective students, this means they would: a) be excluded from the school; b) have to abstain from sexual intimacy if they attended; or c) become closeted and lie about who they are,” explained McDonell.

“The OutLaws are concerned that members of the LGBTQ community may only be able to attend TWU’s law school if they accept they are flawed or less worthy due to their sexual orientation, which is a core aspect of identity for many.”

McDonell says that as quite often the SCC relies on or cites an intervenor’s perspective in coming to their decision, they hope to provide the court with that type of assistance.

She says a possible outcome is that their brief submission will help to convince the country’s highest court that the TWU Community Covenant is discriminatory against members of the LGBTQ community and that TWU’s proposed law school should not be accredited.

McDonell and the OutLaws will begin fundraising for their travel cost and legal fees in September.