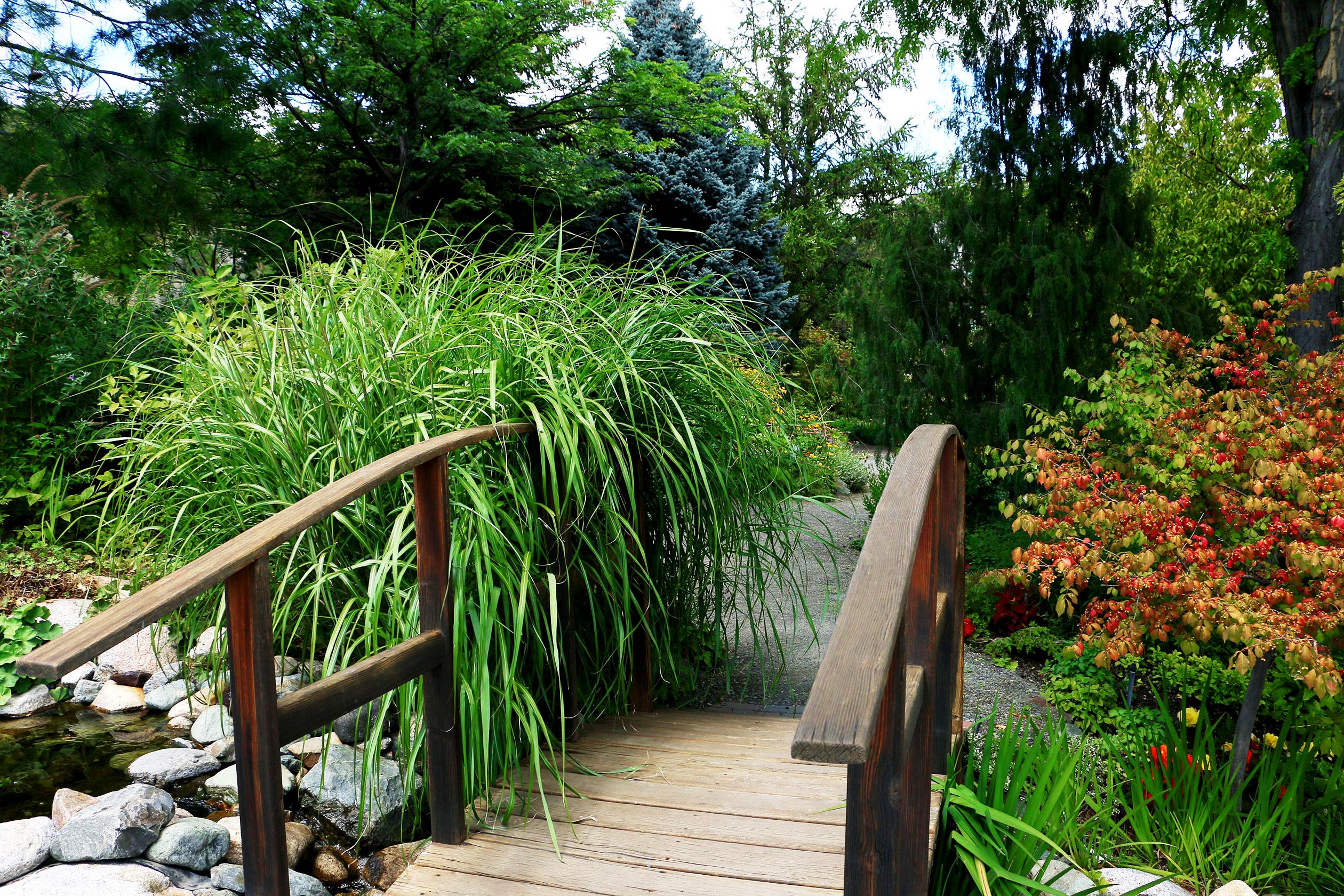 One of the entrances to the Horticulture Gardens.

Much of the plant diversity on campus and around Kamloops has its roots in TRU’s horticulture program and Steve Wong was a major contributor to this ongoing effort.

Wong served as horticulture’s coordinator from July 1982 to June 1993 and for a time, was its only instructor. With the support of others, he challenged the elements and defied the odds to bring about a vision he and others had for Kamloops.

“Even though there were challenges with the extreme temperatures—droughty conditions and alkaline soils—given the proper horticultural conditions, many new plants were able to be introduced to the Kamloops area,” said Wong. “The program demonstrated through our award-winning campus landscape that indeed a broad palette of plants could be grown in this location.”

Wong was responsible for the original design and layout of the Horticulture Gardens, including the original walls constructed from railway ties. To applaud and officially recognize his efforts, the new Allan Block retaining wall will be dedicated in his honour. The dedication is Aug. 23 at 2 p.m. and open to everyone. “To be recognized for this, and especially having left TRU 23 years ago, does mean a lot. It frankly was a lot of work developing and evolving the program, but I look at the quality of graduates coming out of the program, and am reminded it was all worth while.”

Wong left TRU to work for the BC Ministry of Agriculture as the province’s plant nursery specialist (1993-94) before joining the City of Vancouver’s Park Board as an integrated pest management specialist (94-98) then as a landscape architect (98-2015). He now has his own firm, SW Landscape Architect in North Vancouver.

Now retired, faculty member David Williams is credited with having the original idea for a horticulture program. At the time, the Vancouver area and Vancouver Island were the only locations in BC offering horticulture training. Believing a void existed in the interior of BC, Williams had no doubt Kamloops could sustain such a program. He then partnered with Jack Hik of Art Knapp garden centres in researching and developing one. Al Oliver taught the first three years before leaving to become the ginseng specialist for what was then the BC Ministry of Agriculture, Food and Fisheries.

In those early days, students were involved in campus maintenance and creating projects. Today, the majority of work is done by the facilities department’s grounds crew. Horticulture is still involved with landscape maintenance and development as a way for students to get practical skills training.

“We saw the campus as a living laboratory for students to learn skills in plant identification, landscape maintenance and installation. We wanted to produce well-rounded graduates,” said Wong. “I will never forget the adrenaline rushes during the horticulture labs—having over 20 students working outdoors maintaining the campus landscape and also working on landscape installation projects.”

Though a few years have passed since Wong’s departure and others have put their mark on the program, much of the spirit and direction of those early days remains today.

“The horticulture program has been extremely successful and has attracted students from throughout British Columbia, across Canada and internationally. The philosophy of instruction has been passed on to the current instructors, Ernest Phillips, who was with me for nine years, and Kevin Scollon, who began his horticultural career as a graduate of the program.”