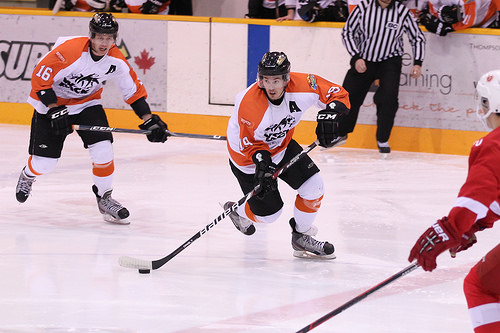 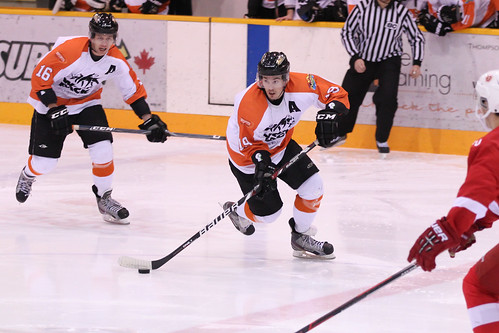 Joshua MacDonald moves the puck through the neutral zone during this file photo from Jan 25, 2014. Andrew Snucins photo.

When the curtain goes up on the 2014-15 athletic season at TRU, there will be one less team.

“I would like to thank the past and current members of the Hockey Board of Directors for their hard work and tireless effort,” said Olynyk. “They established this program five years ago…”