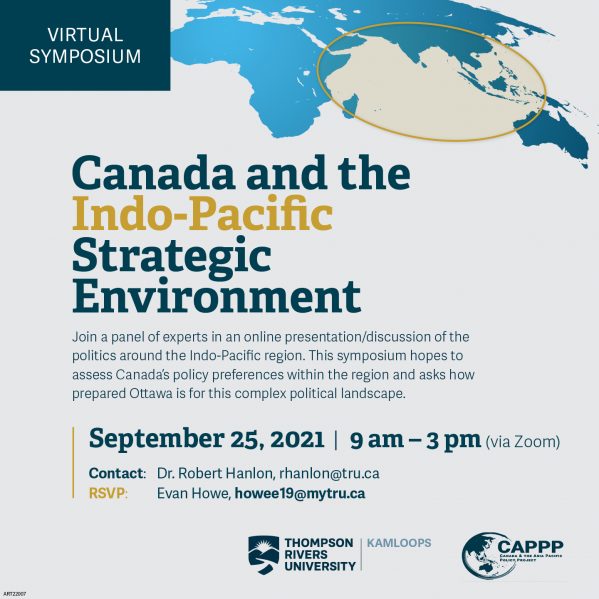 Join a panel of experts in an online presentation/discussion of the politics around the Indo-Pacific region. This symposium hopes to assess Canada’s policy preferences within the region and asks how prepared Ottawa is for this complex political landscape.

A political construct, the ‘Indo-Pacific’ region is a strategic environment that will shape the 21st century. The term is being adopted by governments who see the region as holding both unparalleled economic opportunities along with deeply concerning security challenges. While the ‘Indo-Pacific’ as a term has been favoured by India and the United States, it has also been met with skepticism in China.

Despite the controversy, the Indo-Pacific is an important term that captures and defines a vast region that is strategically important for Canada.

RSVP by email to Evan Howe, howee19@mytru.ca, to get the link to this online Zoom event.

This symposium is sponsored by TRU and the Interior Universities Research Coalition, which includes TRU, UNBC and UBC Okanagan.

Find out more about the Canada and the Asia Pacific Policy Project.